Behind The Scenes Of The Game Awards 2020 With Geoff Keighley

This year’s Game Awards, despite COVID-19 restrictions, ended up being the biggest showcase in its history, in terms of viewership, due to Geoff Keighley’s evolving drive to take the show to new heights. From big-name celebrities like Tom Holland, Keanu Reeves, and Gal Gadot to out-of-the-blue surprises like the Mass Effect reveal, The Game Awards 2020 was a massive success. We sat down with host/producer Geoff Keighley to learn more about what goes on behind the scenes, especially during these unprecedented times.

At the start of the year, the world saw the beginnings of a global pandemic. With each passing month, COVID-19 continued its spread, effectively changing daily life as we know it. Gaming thrived in comparison to other industries that struggled, but that doesn’t mean that organizing this year’s Game Awards was an easy feat.

“I’m just happy we got to do the show this year,” Keighley tells us. “We spent months and months just worrying about, ‘Could we produce a live show? What would it look like?’ Being in L.A., where we do the show, it hasn’t been a great couple of weeks for COVID numbers. So there was constant fear around being able to do the show, so we were so happy that we were able to make it.”

This year’s show hosted an incredible array of talent, including guest appearances from some pretty major celebrities. While most couldn’t make it in person, their presence served as a testament to how much gaming has become a staple in the entertainment industry beyond just our microcosm.

“We were lucky to have lots of awesome guests, cool game announcements,” he continues. “The show was very full. Because in April or May, I was worried there might not be games to announce because everyone was working from home and so many things were delayed. So yeah, we were really lucky this year that the show could happen. We had a ton of awesome guests from Hollywood and cool game guests, and that’s what I love to do, is try and bring pop culture together inside of the show. It’s all about a balance, right? It’s a balance between awards and world premieres. It’s also a balance between who presents awards and the music, right? Getting Eddie Vedder to do his song from The Last of Us. We want everything to be authentic, but that’s the magic of the show.”

Not everyone was happy with the inclusion of Hollywood. While many of the guests had ties to gaming, specifically Tom Holland and Brie Larson, others seemed confused by the presence of Gal Gadot and others, worrying about the “purity” of the showcase.

Keighley addresses this, saying: “Look, it’s one of those things where, and I see this all on Twitter, where some people are very pure, that they just want game developers presenting to game developers. But to me, I think it’s cool to have other talent that is there to appreciate the medium and pay tribute. Gal was there presenting Games for Impact, and she presented her category, she was passionate about what these games meant, what they were trying to drive toward. Christopher Nolan presenting Game of the Year. I think it elevates the industry to have everyone in the same room together.” 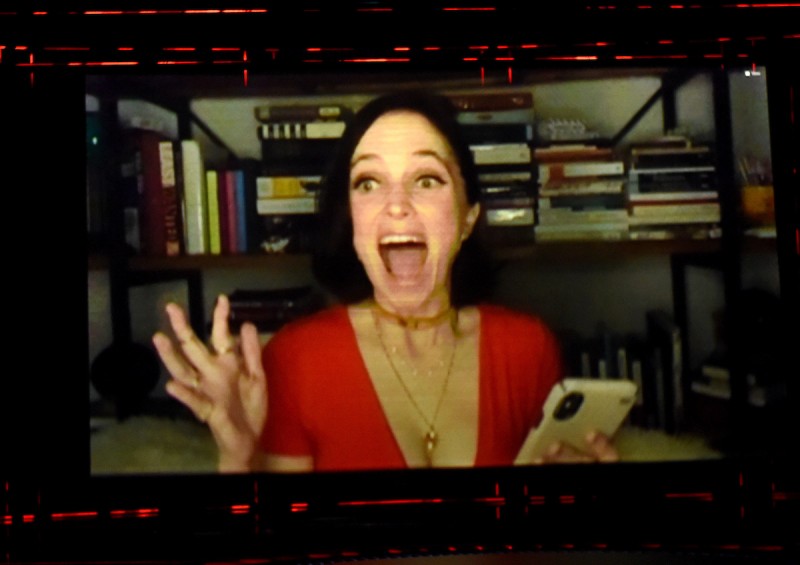 He adds, “And they’re obviously all there to give awards to game developers. So it’s not … Sometimes people are like, ‘Well, why do you need those Hollywood names? I just want the game developers,’ and I think it’s kind of interesting and different that we can mix these things up and have Christopher Nolan present an award to Naughty Dog, which is cool. And again, we still had Reggie [Fils-Aime] present an award, we still had Josef Fares announce his game. So we have game developers in there, but it’s fun for us to be able to play around … We’re just in a unique position to be able to do that kind of stuff. And that’s what [The Game Awards] does.”

While the lineup of celebrities was equally surprising and impressive, there was actually so much more that the team wanted to include, but COVID-19, scheduling conflicts, and travel issues had other plans.

Not Everything Goes According To Plan

“There are tons of people that we reach out to who aren’t available,” Keighley says when talking a little bit about the production side of the showcase and what goes into deciding how big they want to go. “Like Henry Cavill. We really wanted to do something fun with him because he did the amazing Build a PC video, but he was filming The Witcher and couldn’t do it. So it depends on who we go to. Like Gal, we’ve done a lot of cool stuff with Warner Brothers over the years. Warner Brothers are on our board on the game side. So it was just kind of a good fit. Tom Holland was there because he was doing the Uncharted movie, which they wanted to do a fun thing with him and Nolan [North] together, so that came together.”

“There’s no rhyme or reason to how it comes together,” he adds. The show, though adequately planned, also goes with the flow of the year and what feels right for the gaming community as a whole while balancing out the business side of any showcase in regards to sponsorship, viewership goals, and other elements that are at play in the background.

Regardless of how many Hollywood faces were present, games were always “at the heart of it.” At the end of the day, Keighley’s vision is to stay true to the community and that everyone that takes part is there for the right reason. “Like the talent that was there this year, very reverential to games, right? I think Chris Nolan is fascinated by this world. You know, it was great to get Brie Larson, obviously, who’s had a huge year kind of around games with Animal Crossing and what she did with Nintendo. So that was really cool to put together. Brie was posting on social media all day, getting ready for the Game Awards. It was like she was going to the Oscars, and it was cool for me to see that kind of crossover that is possible inside of the show if it’s done in an authentic way.”

Inside The Voting Process

There are several aspects to the voting element of the show, including a panel of industry experts (which Game Informer is officially a part of), as well as a fan-only voting procedure as well. But before diving into that, Keighley opened up a little more about how they narrow the nominees down, especially in years that house so many incredible game releases:

“We have this process where we send out a ballot to all of the voting outlets; 96 outlets around the world vote for the nominees, and then we tally them up.”

It’s a straightforward approach, meant to be a consensus, not an overruling. In fact, Keighley even mentions that his personal pick for Game of the Year didn’t even make the nominees list. “Half-Life: Alyx was a unique scenario in that it’s an amazing game, but it has a limited audience because of it being VR. I’m sure that factored into why it didn’t get a Game of the Year nomination, because of it being limited to VR.

“And that’s the same thing with a fan vote. That makes it even harder, right? Because if this was purely fan-voted, not enough fans would have played Alyx compared to a big, third-person, multiplatform action game. So that’s one of those reasons we have this kind of split between the jury and the fans. If it was just a pure popularity contest, a single platform game, especially a VR-only game like Alyx, would be even more challenged in the voting.”

With such a wide audience weighing in with the vote on a global scale, picking a small amount of nominees makes the show “more interesting.” “That’s part of the mystery and magic of the show,” says Keighley. “We could have 15 nominees for Game of the Year, but it’s just less interesting because you really want us to sort of make it more of a tight race. And inevitably, there will be snubs, there will also be surprises. And that’s kind of what makes this even more interesting for folks and for us.”

Regarding his personal pick for GOTY, he adds, “I was personally bummed when Alyx wasn’t nominated for Game of the Year. I always have to divorce myself from the nominees and the winners because I have no say at all. So when we see the results, they are what they are.”

How The Summer Games Fest Paved The Way

Keighley was quite open with the fears surrounding The Game Awards in a COVID-19 world, but not the way that people may think. The show was going to happen no matter what, it was a matter of what the scale would be like. Earlier this year, Keighley put together the Summer Game Fest to fill the void that E3 cancellation’s left, and he admits that it was the confidence booster he needed going forward. “The [Summer Game Fest] just made me realize that the audience is going to show up anyway, so you don’t necessarily have to have some huge set with thousands of people. I was doing a broadcast from my spare room for the PlayStation 5 controller. That was just me doing it by myself. So it was empowering to sort of see that you could still do stuff like that. And I think gave me the confidence that we would do the Game Awards in some form.” 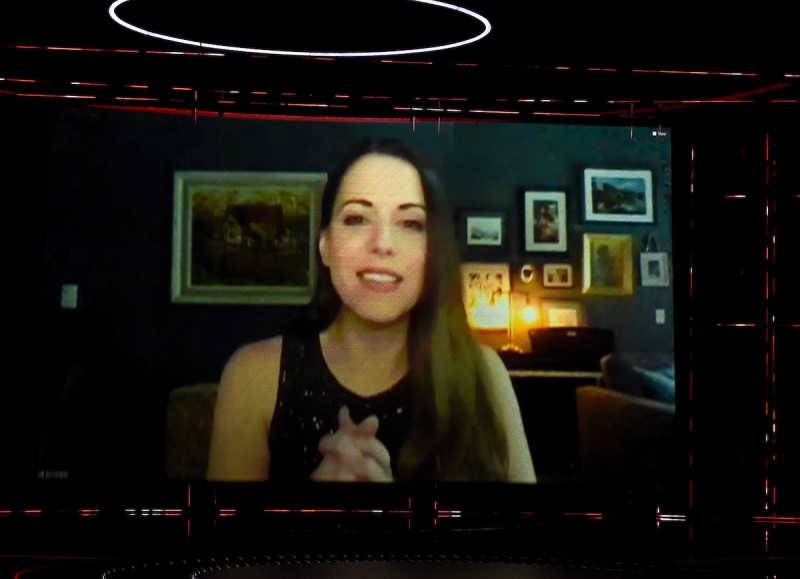 “Doing that gave me some confidence to know that, worst case, we could still do the Game Awards that way. I don’t think I ever publicly stated this, but a lot of what I was doing this summer, I think, was confidence-building on my part to say, ‘Hey, I can kind of learn how to do this myself. And that might be what we could do for the Game Awards.'”

Each year, the show has seen immense growth, sometimes quadrupling viewership numbers. But with a great rise also can come a great fall, and Keighley knows that eventually, the show will reach a point where it can’t grow anymore – and that thought is a little scary. “Look, I’ll be totally honest with you,” he says. “I live in fear every year because it keeps growing, but there’s going to be that year where it doesn’t grow, and the kind of growth we show is nuts. There’s going to be a year where we don’t have the same viewers and it’s like…I’m still amazed that it keeps growing, and it’s not like we spend extra money on marketing to engineer that. We just try and make the best possible show we can, and it’s always worked out so far.”

It will be interesting to see how the show continues to evolve. You can hear the full interview in the video at the top of the article, as well as well as what Keighley told us about the more controversial conversations happening around the show with our previous coverage here.

New Star Wars: Knights Of The Old Republic Game Reportedly In The Works Without…