Every Baldur’s Gate 3 Companion (So Far)

Baldur’s Gate 3 is currently available now on Steam as an Early Access title and even though it’s just the first act of the game (about 25-30 hours worth of gametime), it’s enough to get to know some of the droolworthy companions. While no one can clearly compare to our sassy Astarion, here is every Baldur’s Gate 3 companion so far!

Astarion is sassy and is probably my favorite companion so far. You’ll be able to meet him after meeting Shadowheart as he hides from a monster. Take him down, and this cheeky vampire will be able to join your party.

He’s very flirty and being a rogue is a very valuable party member to have. He’s sneaky, he strong, and he’s great when wanting a tactical advantage. He’s also very charming with that charisma, so if you need to sweet talk your way out of a pickle, he’s your man. Vampire. Whatever. 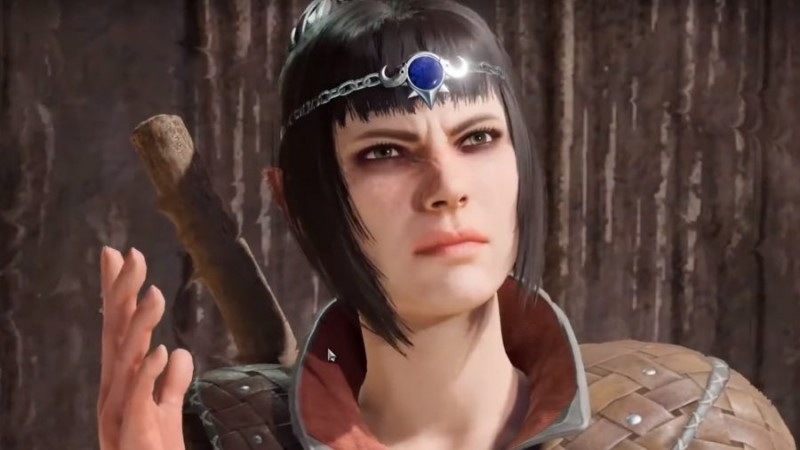 Shadowheart is a very close second and honestly the companion that I went in thinking I’d romance (that’s still a distinct possibility, but boy is Astarion lookin’ good). She’s tricky and she gives off major Morrigan from the Dragon Age series vibes.

When you first meet her, she comes off as very judgemental and she really won’t like you. Eager to get away from you, she eventually comes around if you play your cards right. Unlike Astarion and some of the other companions, she really has no time for nonsense and she likes to stay focused. Her Morrigan-like personality makes her a genuine treat when it comes to banter, and makes becoming her friend all the more rewarding.

You’ll meet her shortly after the intro cinematic after taking control of the helm.

Gale is a character that is going to be divisive in the community. To me, he’s the Blackwall (Dragon Age Inquisition) of Baldur’s Gate. To me, if he gives off a serious M’lady vibe and the niceness he has just has a weird edge to it that feels like he is hiding a fairly large amount of skeletons in his closet.

He’s also a terrible flirt, which you’ll witness when he tries to lay those moves on Shadowheart.

He is a Wizard though that specializes in Evocation, which makes him powerful. He’s very heavy on the offensive damage needed in battle and his magic comes in handy in a plethora of ways. He’s handy, if not punch-worthy.

You’ll meet this fella after the first fight with Shadowheart. 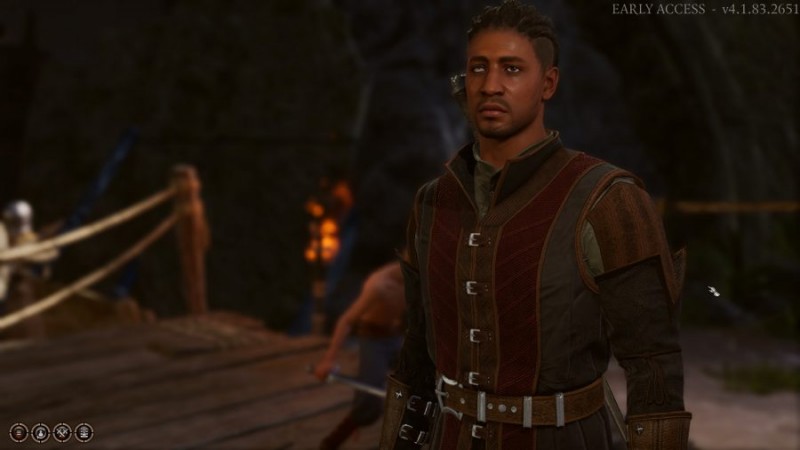 Wyll is a sweetpea and a powerful warlock. He’s patient, he’s kind, and he’s humble; even throughout his training of a youthful Tiefling when you first meet him.

He’s as good with a spell as he is with his sword, but he does come wrapped up in a demonic package thanks to his magic-intuned nature.

Tip? Don’t keep him in your party if you plan on playing a chaotic game. He’s very tied to his morals, so he will be one of those companions that you have to be strategic around when interacting through the story’s progression.

You’ll find him in a camp where he is training his underling.

Lae’Zel is actually the first companion you’ll meet during the opening sequence of the game, but she actually doesn’t join your party until later. You’ll be able to add her to your team after meeting Gale, you’ll find her dangling in a cage.

She’s a great fighter that packs a mean punch, but she’s not the best if you’re looking for ranged attacks (for obvious reasons) outside of her Mage Hand ability. That being said, she has serious damage potential, so she’s great for close-quarters combat.

Like Shadowheart, she’s no nonsense and she’ll pretty much think you’re a moron until proven differently.

That’s all the companions that we know of so far in Baldur’s Gate 3. Interested in learning more? The game itself is available now as an Early Access title on Steam, but you can learn more about romance and character creation from our previous coverage, as well as our game hub here.

Why You Should Buy PS5 And Xbox Series X/S

What To Expect From Watch Dogs: Legion’s Multiplayer

How Xbox Is Exploring Accessibility Efforts Previously Ignored, Including Epilepsy

Dragon Age 4 And The Mortalitasi